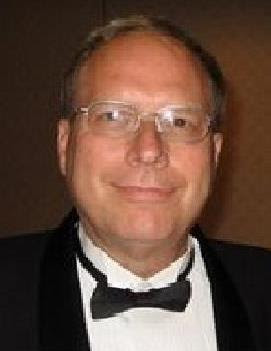 Craig Hullinger is a Partner in the City Planning and Economic Development consulting firm of Ruyle Hullinger and Associates. He has over forty years of experience in city planning and economic development.

Hullinger holds a Masters Degree in Environmental Planning. He is a Vietnam Veteran and a retired Colonel in the Marine Corps Reserve. He is married to Beth Ruyle.

Enlisted in the Marine Corps and trained as an air controller. Selected for officer training and served as a Communication / Electronics Officer. Supervised 100 Marines in Vietnam, earning 5 letters of Commendation.

Director of Planning and Land Use, Will County, IL

Director of Planning, Will County, IL

Dreams & Schemes A self published book of proposed improvements for the
Chicago region http://dreamsandschemes.blog.com/

Developed three TIF's and a BDD in Peoria

PREPARATION OF COMPREHENSIVE PLANS FOR


VILLAGE OF TINLEY PARK
KANKAKEE COUNTY
WILL COUNTY
VILLAGE OF MOKENA
VILLAGE OF UNIVERSITY PARK
CITY OF COUNTRY CLUB HILLS
VILLAGE OF SHOREWOOD
TOWNSHIP OF TROY
TOWN OF MUNSTER, IN
VILLAGE OF RICHTON PARK
TOWNSHIP OF WILL
TOWN OF LOWELL, IN
CITY OF KANKAKEE
WASHINGTON TOWNSHIP


PREPARATION OF ZONING ORDINANCES AND MAJOR AMENDMENTS FOR

WILL COUNTY
VILLAGE OF MOKENA
VILLAGE OF PARK FOREST SOUTH
TOWN OF MUNSTER, IN
VILLAGE OF RICHTON PARK
KANKAKEE COUNTY
CITY OF KANKAKEE

ARTICLES ON PLANNING AND ZONING

Read the Articles on the Illinois Municipal Web Page at http://www.imi.org

Illinois Municipal Review Magazine, "DO YOU HAVE A SMART GROWTH PLAN?", January 2001.With Larry McClellan

Illinois Municipal Review Magazine, "IS IT TIME TO UPDATE YOUR ZONING ORDINANCE?", March 2000.

Illinois Municipal Review Magazine, "APPROVE THIS REZONING - IT'S THE HIGHEST AND BEST USE", February 2000.

Illinois Municipal Review Magazine, "YOU CAN'T DO THAT - IT'S SPOT ZONING", May 1999.

Illinois Municipal Review Magazine, "CONGRATULATIONS: YOU ARE OUR NEWEST PLAN COMMISSIONER. SO NOW WHAT DO YOU DO?", February 1998.